International Day of Peace: Peace operations at the heart of the celebration! 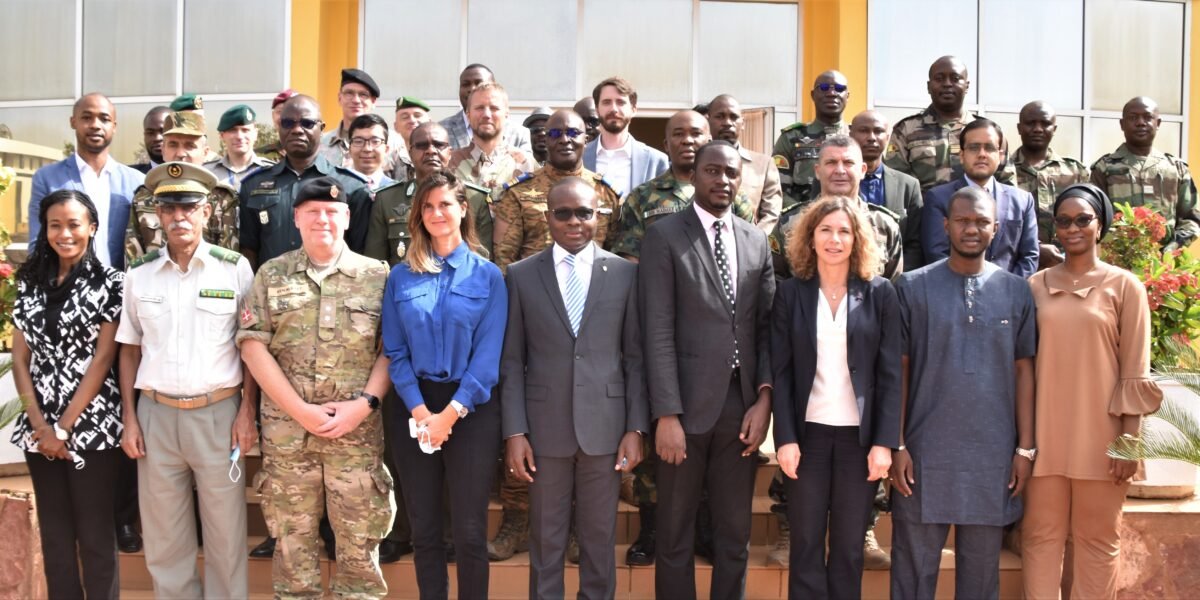 Mali, like the international community, celebrated this Wednesday, September 21, 2022, the International Day of Peace. It is the School of Peacekeeping which served as the framework for this commemorative day under the theme: "the evolution of peace operations: Challenges and prospects in a complex environment" with the general objective of evaluating the doctrines and approaches governing peace operations in the face of the complexity of the current environment. The opening of the ceremony was chaired by the representative of the Minister of Defense and Veterans Affairs, Major General Sidiki Samake, in the presence of the director general of the peacekeeping school Alioune Blondin Bèye, col Souleymane Sangaré, representatives of international organizations and the United Nations and eminent personalities.
Let us first recall that each year, on September 21, the United Nations invites all peoples to lay down their arms and reaffirm their will to live in harmony with each other. This common aspiration is more topical than ever. The International Day of Peace urges us to also act for equality in order to end racism and build peace. For the occasion, two interventions marked the opening of the ceremony.

In his welcome address, the Director General of the Alioune Blondin Bèye peacekeeping school, Col Souleymane Sangaré first pointed out that the UN was created in the name of peace, at the end of two wars. atrocious world wars that started in Europe. This organization has objectives and principles which aim above all to save future generations from the scourge of war. One of the objectives is to achieve international cooperation in solving international problems of an economic, social, cultural or humanitarian nature and to promote and encourage respect for human rights and fundamental freedoms for all without distinction of race, sex, language or religion….Despite its existence, the world is, today, confronted with the greatest number of violent conflicts since 1945. This harsh reality is the daily life of the peace operations of the States that they come to support. According to the Director, it is important to highlight that, the United Nations through its peacekeeping and peacebuilding capacities, continues to support and protect the victims of war, work to build communities that are stronger, more resilient and more peaceful. He will say that this day of celebration is an opportunity to meet and discuss the new issues, challenges and perspectives that we must face as an organization, institution or citizen-actor in the service of peace. However, the struggle for peace is often a Sisyphean task, so complex and intertwined are today's conflicts. We live in a world where peace, constantly threatened, slips away. Many countries, even entire regions, have long been plagued by endless conflict. That's why times like today, when we honor peace and reflect on our obligation to defend it and make it prosper, are especially important. For the director general of the peacekeeping school Alioune Blondin Bèye, peace is everyone's business and the key to everything. It is what enables education, It is what preserves Nations and generations from the specter of extinction, It is what consolidates the State, It is through it that cultures, religions and the values ​​still exist. Without it, there is no development, no future, and quite simply no life. He took the opportunity to thank all the international, regional and sub-regional organizations in Mali for the actions they carry out in favor of peace and security and for the unfailing support they provide to the Malians.

In his remarks marking the opening of the ceremony, the Secretary General of the Ministry of Defense and Veterans Affairs, Major General Sidiki Samaké will say that United Nations peacekeeping operations play a decisive role in to ensure security and consolidate peace throughout the world. Yet peacekeeping faces several challenges that undermine its ability to fulfill its mandates. Political solutions are often absent and the missions of peace have mandates, most often unsuitable. Complex threats in multiple environments are causing an increase in the number of casualties and injuries. Missions have sometimes lacked the personnel and equipment to deal with these threats. Peacekeeping operations have also faced challenges in fulfilling protection mandates, in contributing to long-term sustainable peace, and in achieving coherence with other actors operating in the same contexts. He recalled that in March 2000, the Secretary-General of the United Nations appointed a Task Force on Peacekeeping Operations to identify shortcomings in the existing system and to make specific and realistic recommendations for improvement to bring. The result of the work of this group of experts, known as the Brahimi report, recommended in particular: A renewed political commitment on the part of the Member States; profound institutional changes; increased financial support. What the Brahimi report noted is still valid, the mandates are still not adapted to the realities on the ground, unfortunately. For the Minister's representative, in a world of interdependence, the interests of nations are linked. What affects some, inevitably affects others. This commits us to working together to find lasting solutions to Africa's security challenges. The pooling of efforts and sincere multilateralism remain essential to achieving the objectives of peace, security and stability in Africa and in the world.