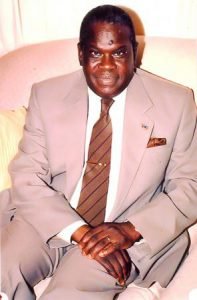 Alioune Blondin Bèye (1939-1998) born January 8, 1939 in Bafoulabé, in western Mali, was a Malian professor, lawyer and politician. He was notably Minister of Youth, Sports, Arts and Culture then Minister of Foreign Affairs of the Republic of Mali. He was also a member of the African Commission on Human Rights. In the context of the civil war that has struck Angola since 1975, Maître Alioune Blondin Bèye was appointed there in June 1993 Special Representative of the UN Secretary General ( RSSG). In this country, he was successively head of the UN Verification Mission (UNAVEM II and UNAVEM III) from June 1993 to June 1997, then head of the UN Observation Mission (MONUA) from July 1997 to June 1998.

Alioune Blondin Bèye succeeds thanks to her sense of mediation and diplomacy, her strong personality and her deep commitment to bringing together the protagonists of the Angolan civil war around the negotiating table. It was under his leadership that the government of Luanda and representatives of UNITA signed a cease-fire agreement in Lusaka on November 20, 1994.
Unfortunately, he died in a plane crash off the Ivory Coast on June 26, 1998. He was then on a UN mission. Its disappearance is deeply felt by an entire nation, Mali, but also by the entire international community which praises, even today, the persistence of its action in favor of peace. 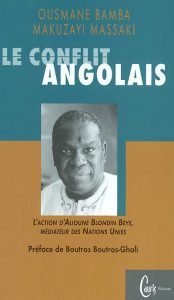 During the construction of the new EMP in Bamako in 2007, it was decided to honor the memory of Master Alioune Blondin Bèye by giving his name to the school; his memory is thus perpetuated by the thousands of trainees from all over the world. African continent and which follow one another in Bamako, after year after year.

Follow live the High Level International Seminar of the RECAFEVEC project at EMP-ABB (from January 30 to February 03, 2023)