Where is the EMP-UNITAR partnership at? 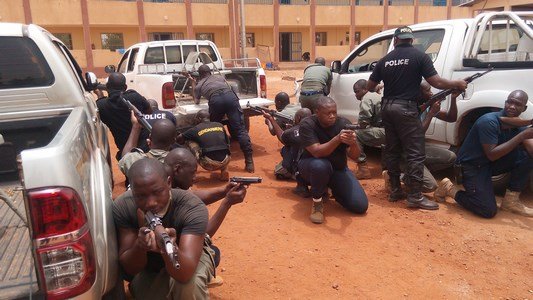 The UNITAR project is the result of cooperation between the United Nations Institute for Training and Research (UNITAR) and German Cooperation, the implementation of which is ensured by the Alioune Blondin BEYE Peacekeeping School from Bamako (EMP-ABB). 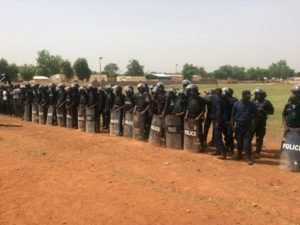 The objective of the project is to provide pre-deployment training for Constituent Police Units (UPC), which are to be deployed in Mali, within the framework of MINUSMA. The implementation of the project gave rise to the selection of Malian trainers, who followed a first ToT, in October 2016. 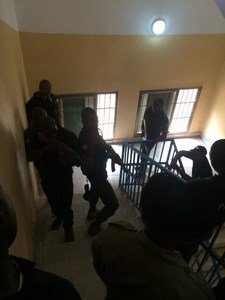 Following the first ToT, two (02) first contributing countries benefited from the expertise of the project. These are Benin and Senegal. With regard to the Benin FPU, the elements that have been trained at the National Gendarmerie School of Porto Novo are currently deployed in the Kidal region. As for the Senegalese, they are waiting to be deployed to Mali in July 2017, to take over from the two Senegalese UPCs currently on mission within the Police component of MINUSMA. 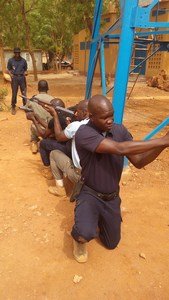 Following the theoretical training provided in the two (02) countries, the need for practical training was felt for a better mastery of the field. This other training takes into account mastery of weapon handling techniques and tactical progression in the field. The second ToT, underway, was organized for the period from May 02 to 19 to fill the departure of some trainers. It mainly covers generalities on United Nations peacekeeping, the principles governing PCUs in a peacekeeping operation, stress management, personal protection measures and visits to MINUSMA FPU units, without forget about adult pedagogy, the role of the trainer, results-oriented training etc ... 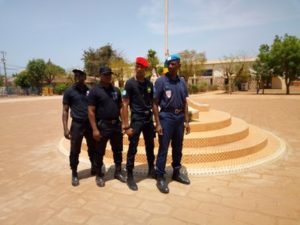 The project coordinators are in advanced discussions with Burkina Faso and Togo to plan the next training sessions outside the EMP.