School of peacekeeping: the minister in charge of defense invites to strengthen the achievements 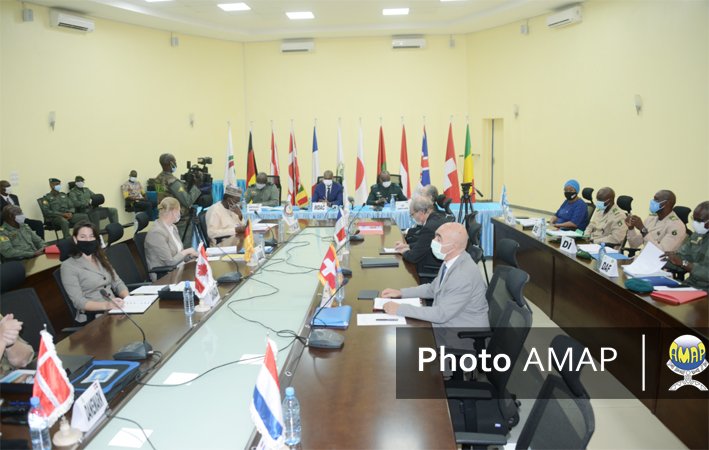 The adoption of the minutes of the last session, the analysis of the 2020 financial situation and the budgetary outlook were the main items on the agenda of the 24th ordinary session of the Board of Directors of the School of peacekeeping Alioune Blondin Bèye (EMP-ABB), held yesterday in the premises of the establishment. The opening of the proceedings was chaired by the Minister of Defense and Veterans Affairs, Colonel Sadio Camara, who had at his side the Director General of EMP-ABB, General Mody Béréthé. The meeting also recorded the presence of members of the board of directors and representatives of several partner countries of the prestigious school.

In his opening speech, Colonel Sadio Camara indicated that the very laudable results that the EMP-ABB has achieved so far should not, however, make us lose sight of the need to preserve and strengthen the school. In order to allow it to always be up to the challenges it must face and the legitimate expectations of which it is the object.

In this regard, the Minister in charge of Defense stressed that the new forms of conflictualities in the sphere of peace support operations, characterized by terrorism and violent extremism, challenge the approach in more than one way. traditional conflict management and de facto how to prepare for it. "In doing so, the most realistic approach that we could further explore today remains prevention, which itself depends on research," he said.

In addition, Colonel Camara thanked the members of the board of directors for the special attention and support given to the Malian armed forces (FAMa) in recent months. Anything, he said, that has enabled our soldiers to work on improving their performance, especially in the area of ​​human rights. But also, protection of civilians and many other useful modules, not only for deployments in peace support operations, but also for the conduct of operations in a country in conflict like Mali, said the minister.

Before expressing his conviction that the continuation and the reinforcement of this commitment of the EMP will allow the civil and military executives, the Malian police officers to strengthen their participation in peace operations in Mali, in Africa and in the world.

In return, the chairman of the board of directors reaffirmed Mali's commitment to making this school an even more useful and efficient tool at the service of Africa and the world. It was with great interest that Minister Camara said he was also following the major projects opened by the leadership concerning the upgrading of infrastructures, the transparent and efficient management of financial resources, the raising of the level of security and the acquisition of human resources required to optimize the quality of services. "I make the sincere commitment that my department will mobilize the possible means to support this process," he promised.

Finally, Colonel Sadio Camara praised the efforts of certain donors to the establishment, such as Germany, France and Japan for their substantial contributions to the ongoing efforts. Before welcoming the favorable echoes of the new partnership dynamics, in particular those of Algeria, Spain and Norway, who have expressed their interest in joining the members of the School's board of directors .
Source: ESSOR