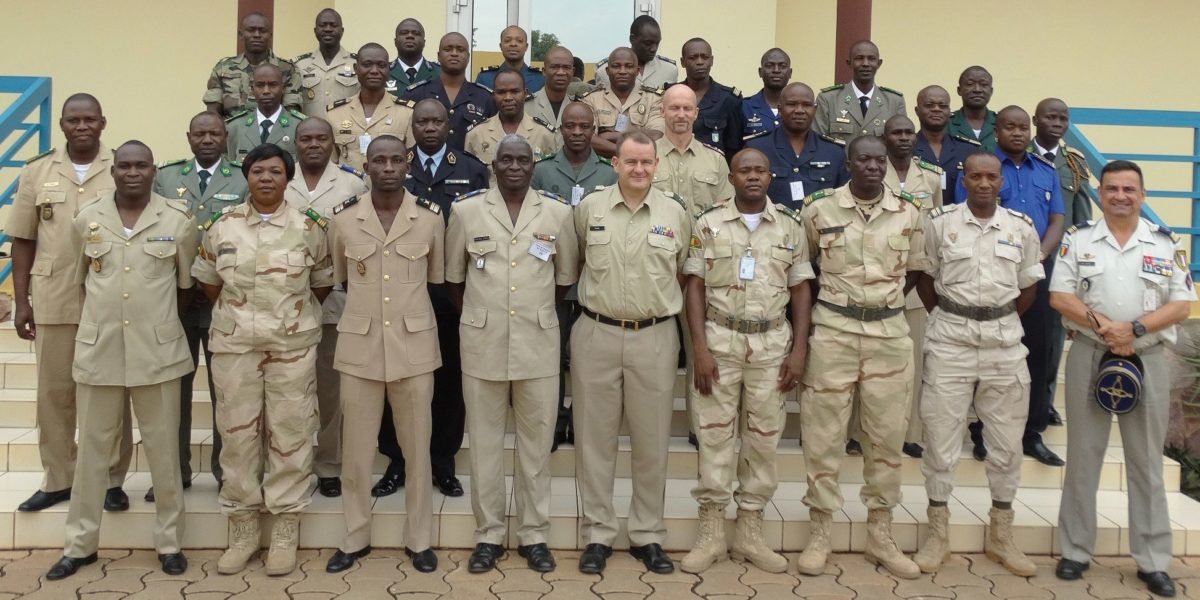 Closing today of the very first intramural course "Command Post of a United Nations Battalion" (PC-BAT) for the year 2015. Wanted and supported by the Kingdom of the Netherlands, this tactical training brought together 25 French-speaking officers from nine countries in the ECOWAS region.

Intended above all to familiarize military trainees with the missions and operation of a tactical unit deployed in the field within a multinational brigade, this course enabled them to strengthen their knowledge of the United Nations System, of the missions of a Military force within the population and the employment of peacekeepers under UN supra-national mandate.

But, beyond the technical knowledge learned during the three weeks of joint work, these officers have above all developed an international collaborative spirit, taking into account in their studies the cross-border dimension of modern operations and the requirements of asymmetric conflicts.
Thank you to Holland for these new capabilities offered to West African officers, to whom the EMP wished good luck in their difficult peace missions.