EMP: CARESS in search of ways and means for the redeployment of the administration on the national territory 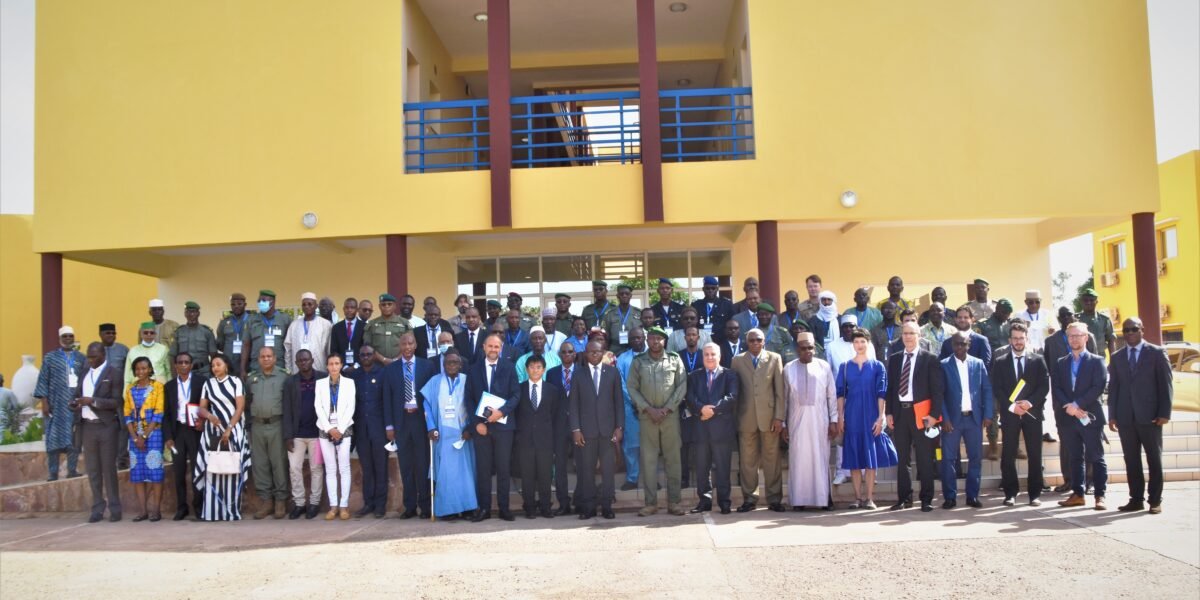 The Center for Analysis and Research of the Sahelo-Sahelian Space (CARESS) is organizing, from October 14 to 16, 2021, a conference-debate at the Alioune Blondin Bèye Peacekeeping School on the theme "The redeployment of Administration on national territory: what role for the Armed and Security Forces? "

The opening ceremony took place in the presence of the Secretary General of the Ministry of Defense and Veterans Affairs, Brigadier General Sidiki Samaké, the Director of the School of Peacekeeping Alioune Blondin Bèye, Colonel Souleymane Sangaré, the Head of Mission of the Embassy of the Federal Republic of Germany and several other military leaders, national and international civilian officials.
The objective of this 2nd meeting of CARESS, beyond the aspect of exchange of ideas, is to seek to identify and propose possible solutions aimed at facilitating the redeployment of the administration throughout the national territory. .

The Director of the School of Peacekeeping Alioune Blondin Bèye, Colonel Souleymane Sangare praised the continued and sustained commitment of the MDAC and all the EMP partners who spare no effort for constant improvement and useful of the capabilities of its center of excellence. He asked for the support of other partners in the future organization of the CARESS debates. He hopes that at the end of these three days of work, strong recommendations will be identified, recorded in a document and shared with all the national and international actors involved in the process of redeploying the administration on our territory so that they are taken into account by decision-makers at all levels.

The MDAC SEGAL, Brigadier General Sidiki Samaké congratulated the school officials for their initiative regarding the organization of this meeting which looks at a topical issue particularly important for the life of our nation. According to him, it will make it possible to deepen the reflections on the roles that the Defense and Security Forces can play in the redeployment of the administration on the national territory. It also aims to improve the operational capacity of our forces through the recommendations that will be made and which will be integrated as far as possible into the various strategies for resolving the current crisis.

This 3-day meeting is funded by the Federal Republic of Germany. It brings together around thirty panelists and participants from academia, civil society, the public and private sectors as well as international organizations. The panelists who have been invited to lead the various sessions are recognized for their expertise. They have been carefully selected in order to offer the most relevant recommendations.
Source: fama.mlfama.ml