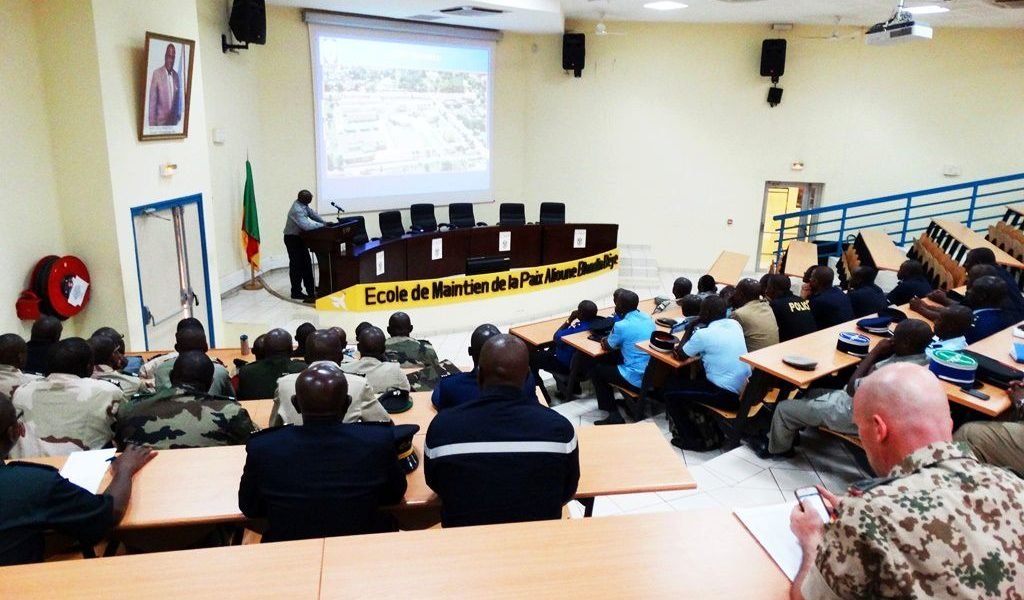 Indeed, the weekend is barely over when new internships are already starting at the Alioune Blondin Beye Peacekeeping School in Bamako.

Opening this morning in Faladié (southern district of the Malian capital) of a "United Nations Police" training course for the benefit of 50 Pan-African trainees from the Higher Course of the Gendarmerie (CSG).

At the same time, the "Command Post of a United Nations Battalion" course, which began last week at the Koulikouro Staff College, is continuing - still outside the country. These two training courses are financed by the Republic of Mali.

Finally, intramural this time, opening this morning of two three-week courses for pan-African dressed corps: the "UNPOL 2016-2" course, funded by Germany and the "PC-BAT 2016-1 », sponsored by the Netherlands.

If we count correctly, more than 130 people in uniform and from all over the continent will be trained by the end of April. Good luck to all the trainees who have so far given the impression of wanting to be the best of Promotions…

With such a rhythm (which we are happy of course), the sun never sets on the EMP!