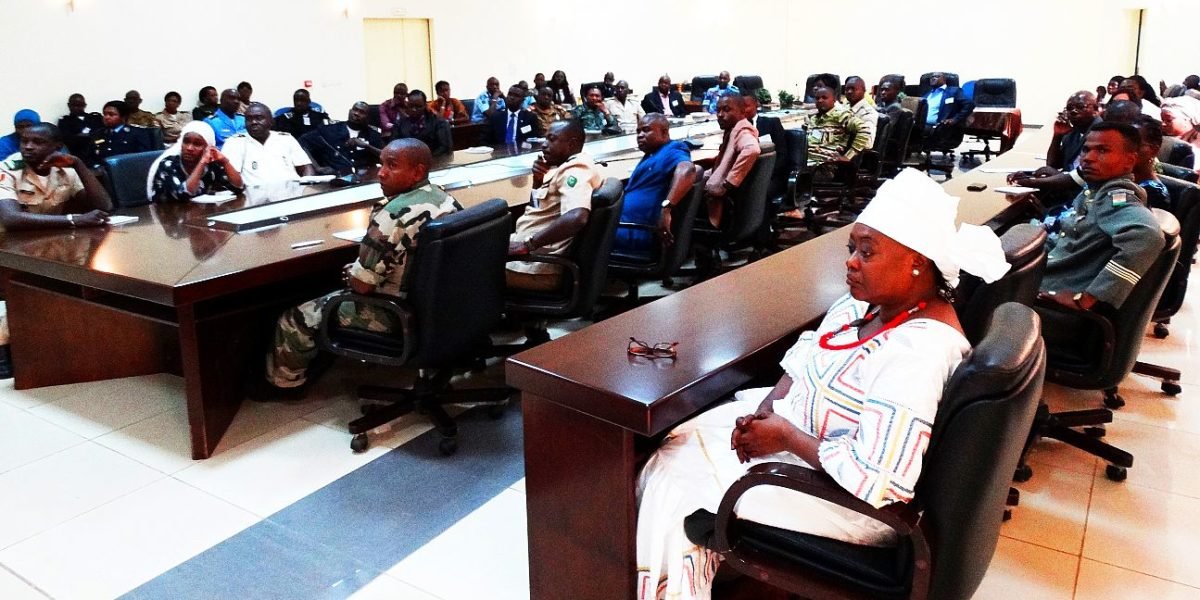 After a short week of inactivity due to closure, training actions are back in force this morning in Bamako. Indeed, no less than three courses were opened simultaneously by the instructors of the School of Peacekeeping Alioune Blondin Beye.

First of all, an “UNPOL 2016-3” internship abroad, for the benefit of the Police of Mali and financed by the FRG. Then, two intramural sessions, the “CIMIC 2016-3” course, also funded by Germany, and the “Gender Post-Conflict 2016-4” course, the preserve of the Kingdom of the Netherlands. More than fifty trainees from thirteen African countries gathered in the conference room to receive a word of welcome in the form of a presentation of the school and its activities. Among them, a good number of first-time learners who came to us for the first time.

Note the presence of members of other United Nations missions than MINUSMA, such as MINUSCA or UNHCR, but also people from across the continent, from countries like Kenya.

These three internships should end on Friday July 22, in the fresh Bamako freshness and after two weeks of intense work.