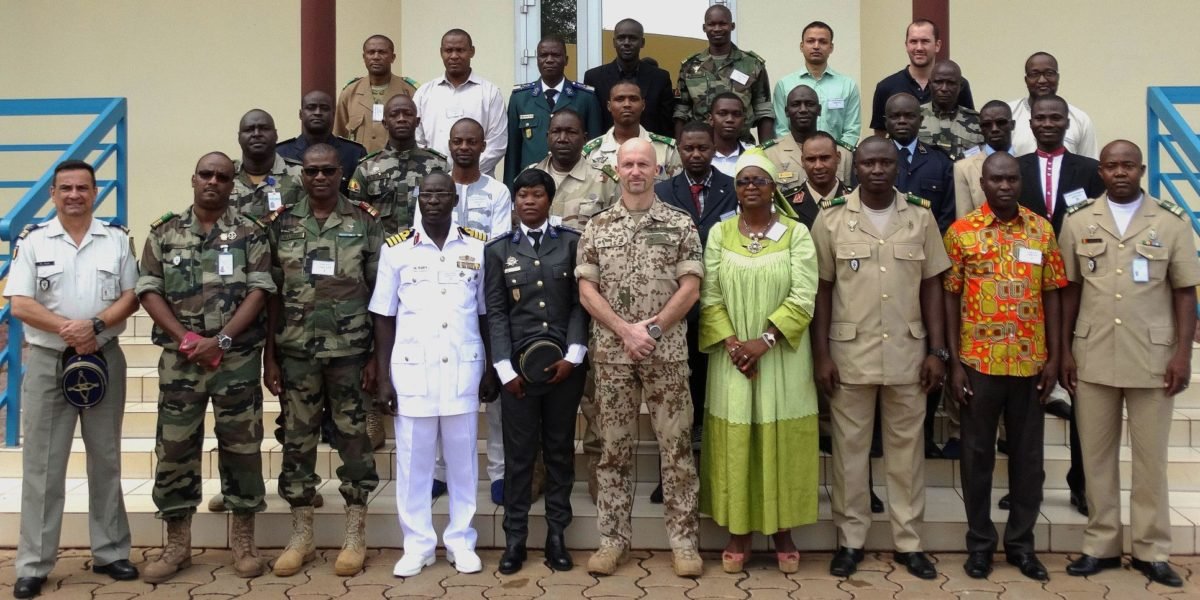 The new promotion "UN CIMIC 2015-4" has just taken off for two weeks of work within our walls. With 25 French-speaking and English-speaking trainees, the new course is in good spirits despite the heavy rain that has been falling on Bamako these days.

Note that, among the trainees, there is also a guest of choice, and not the least: the head of the "U9" (CIMIC) office of MINUSMA, who responded favorably to our invitation. The school thus demonstrates the good collaboration with the UN mission deployed in Mali, in a “win-win” partnership.

Statistical data, the (only) two women present in this course come from Côte d'Ivoire and Cameroon, two countries traditionally well represented at the EMP by its citizens.

Funded by the Federal Republic of Germany, this activity shares walls with another United Nations Police Internship (UNPOL), also funded by the same donor.

Good luck to all !