24th Ordinary Session of the EMP-ABB Board of Directors 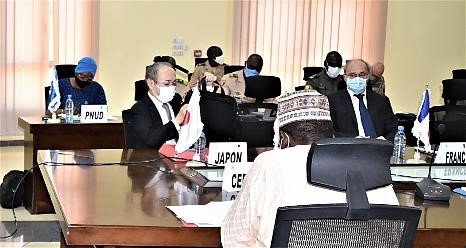 The Minister also underlined EMP-ABB's contribution to strengthening the capacities of FAMa ; civilian, military and police components engaged in peacekeeping missions; training provided on human rights issues, the protection of civilians and the conduct of peacekeeping operations on national territory, in Africa and in the rest of the world. The Chairman of the Board of Directors concluded his speech by thanking the partners who support Mali through their commitment to the Alioun Blondin Beye School of Peacekeeping in Bamako.

The Council took due note of the wish to Algeria to become a member of the Board of Directors of the Alioune Blondin Beye Peacekeeping School. He also praised the interest of the Kingdom of Spain and that of Norway for the School which, like all the major international institutions engaged in peace support operations, is open to all nations. and organizations wishing to contribute to the promotion of the culture of peace.