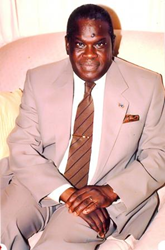 This commemorative day recorded among others the participation of the wives of the late Me Alioune Blondin Beye, Ms. Beye Kadidiatou Camara and Ms. Beye Kadidiatou Sall; that of Professor Ali Nouhoum Diallo, in charge of the office of President of the National Assembly for a period of 10 years; Ambassador Boubacar Gouro Diall, Secretary General of the Ministry of Foreign Affairs and International Cooperation; close collaborators of the late Me Alioune Blondin Beye such as Professor Cheick Hamed Tidiane Dia and Professor Abdoulaye Diallo; the President of the Ginna Dogon association, Mamadou Togo; former and current President of the ABB Club and their members; EMP-ABB seconded staff and the School Director General, Brigadier General Mody Béréthé. 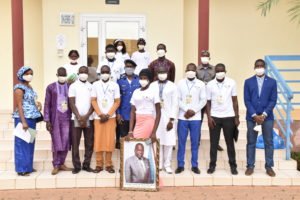 During this ceremony, the participants were able to share with the audience their memories and anecdotes about the late Me Alioune Blondin Beye, specifying the qualities that made him a source of inspiration in the field of diplomacy and the promotion of culture of peace. We can also mention the projection of the documentary film retracing his career, as well as the testimonies brought by his two wives, Mrs. Beye Kadidiatou Camara and Mrs. Beye Kadidiatou Sall.

The EMP-ABB plans to create a special day to commemorate the late Me Alioune Blondin Beye. The date of his "departure" could even become an official event of the AU and ECOWAS diplomatic corps and perhaps even national.